Left Turn Motorcycle Accidents: What YOU Need to Know

Of all the unfortunate elements that come together to create a motorcycle accident, it’s the often-overlooked left turn factor that perhaps has the most ramifications. To begin with, let us understand what the left turn accident is and why it occurs: The left turn motorcycle accident occurs when a vehicle attempts to take a left turn through an intersection when the motorcycle coming straight in the opposite direction clearly has the right of way. While this type of accident is unfortunately prevalent even among cars and trucks on the roads, this happens frequently with motorcycles due to the bikers not being seen, not-so-visible stop signs or stop signs being ignored, red lights being run, aggressive driving and other factors.
The Numbers Don’t Lie…

Based on data received from the California Office of Traffic Safety, motorcycle fatalities in the Golden State increased 175-percent in 10 years, from 204 in 1998 to 560 in 2008. These increases in motorcyclists’ deaths occurred at a time when significant gains were achieved in other areas of traffic safety; still, according to more current data, motorcycle-involved fatal and injury collisions aren’t quite as horrendous as they once were. Three factors accounted for 59-percent of the motorcycle collisions reported: Unsafe speed, improper turning (related to the left turn accident phenomenon we’re covering here) and driving under the influence of alcohol and/or drugs.
What Can Motorcyclists Do to Avoid the Left Turn-Style Accident?

As a responsible motorcyclist, there are some things you can do to protect yourself from the left turn type of accident. First and foremost, ride on the outside of a lane when approaching an intersection, as this will allow you to be more easily seen by oncoming traffic. And, always be the most aware driver on the road – being a defensive motorcyclist will allow you to be ready for anything, keeping you alert and on your toes for potential hazards.

Also, because trees and bushes can block stop signs, don’t assume that just because you can see yours in front of you, the traffic coming in the opposite direction can see theirs. 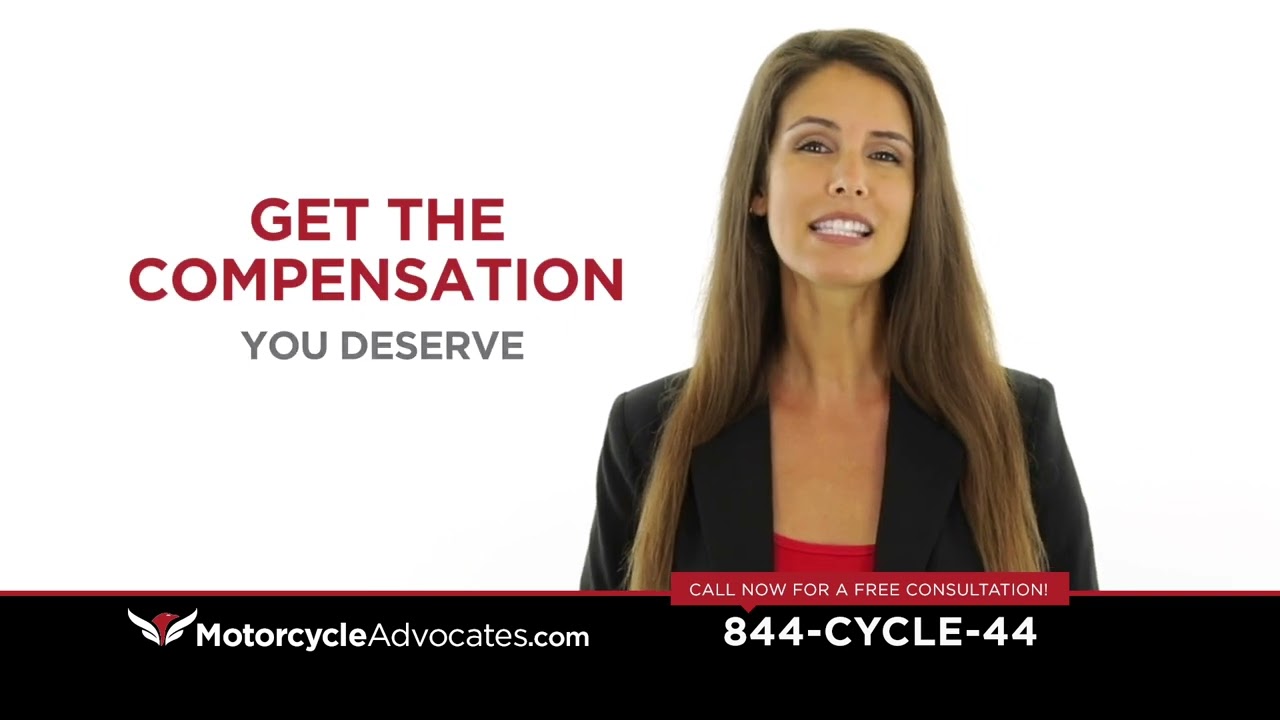 We Specialize In:
Case Results

What Our Clients Are Saying
I feel that the Motorcycle Advocates helped me fight for myself. Everyone I spoke with was very professional and truly cared for me and my situation. [They] are all in my prayers, and my family and I will never forget what you did for us.
– Kevin S.
The Motorcycle Advocates staff that handled my case were knowledgeable. They made sure that every aspect of the case was handled in an expedited manner. If it were necessary, I would use this firm again.
– Greg S.
Thank you very much for taking my case. It made this whole process go a lot easier knowing someone was taking care of everything.
– Rachel R.

While there’s no denying that motorcycles are indeed a lifestyle and hearken back to a time when leather jackets and “rebels without a cause” ruled the roads, they just aren’t as safe as cars.
Read More >

No one wants it to happen. Unfortunately, it’s simply an unavoidable reality on our roads due to the amount of traffic, different driving habits and styles, distractions that surround us and more….
Read More >

Call Today for a Free Consultation